An adventure of a lifetime!

Your adventure begins the moment you step on board our expedition because this is no ordinary whale watching trip. Say goodbye to the crowds and hello to a smaller, more personalized experience, where everyone has a front row seat.

Whales can be seen off the coast of San Diego. During the winter months from December through April, there is the annual migration of thousands of California gray whales from their summer home in Alaskan waters to their breeding grounds in the lagoons of Baja California. There the females give birth to their young, and the males follow in hopes of finding a mate. They begin the return trip to the north starting in mid to late February, completing one of the longest migrations of any mammal in the world.

In the summer, when coastal waters warm up, blue whales, fin whales humpback whales put on an impressive show as they feed on krill and other small marine animals. Blues whales are the largest animals to ever live on earth and can reach up to 100’ and weigh in at 150 tons! The smaller fin whale averages about 88’ in length.

In addition to whales, there are large pods of dolphins that call the San Diego coast home. , Pacific , Risso’s and common dolphins can be seen year round as well.

So step aboard and let the adventure begin!

These photos were taken from recent Whale and Dolphin tours. You can expect to see many of the same animals and sights when you join us!

Schedule & Location: Spring and Summer
Our Whale and Dolphin tours depart daily at & from Mission Bay.  During the Spring and Summer months we are also offering Sunset tours! 4:30 to sunset. 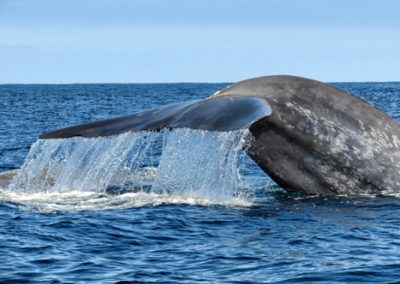 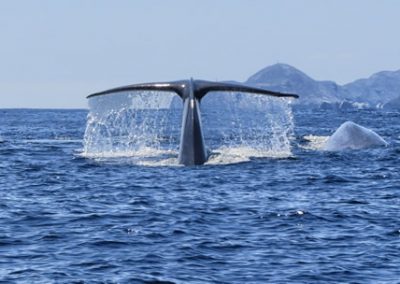 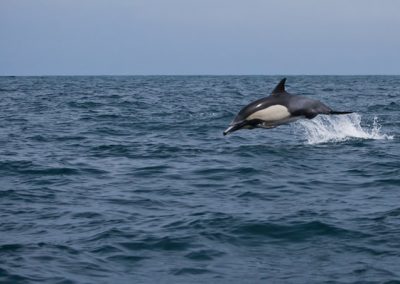 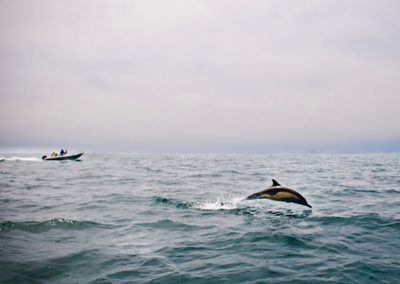 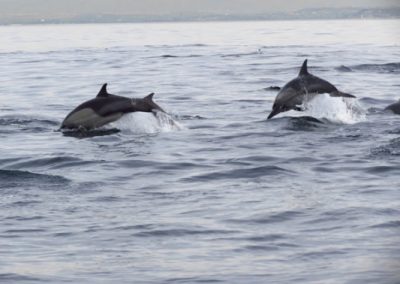 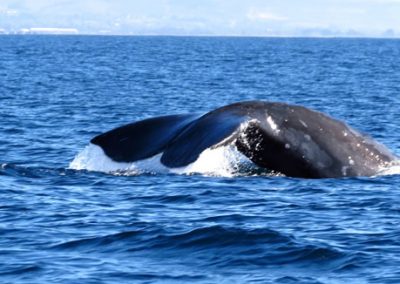 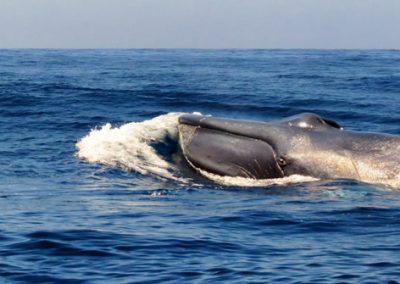 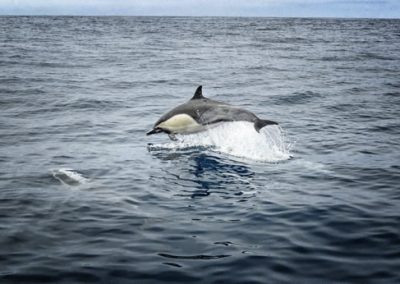 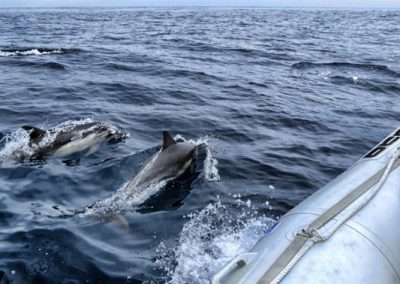 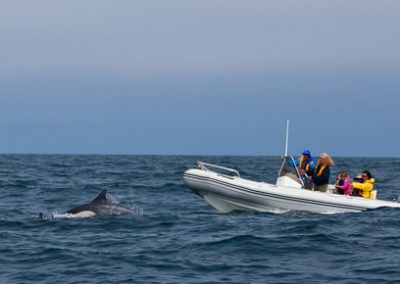 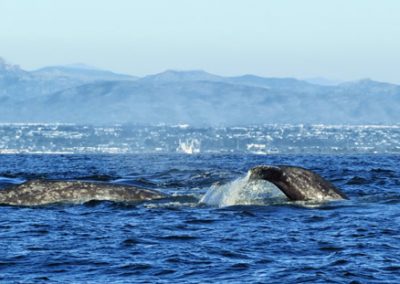